About Us: Why Laos Through our discussions with Zach, one of the main things that became apparent was the Lao people were in need. According to the CIA world factbook, over 75% of Lao people are farmers and the average income per year is about $3,000. Over 30% of Lao children are considered underweight and more than 25% of adults are illiterate. There is poor access to medical facilities and anything more than basic medical procedures must be done in neighboring Thailand.

The health status [in Laos] remains one of the lowest in the World Health Organization Western Pacific Region. The relatively poor health infrastructure and inaccessible terrain in the poorest parts of the country pose significant challenges to effective health services delivery.
World Health Orgainization More specifically to Northern Laos, the Lao government outlawed the production of opium, this resulted in northern mountain tribes needing to use slash-and-burn agricultureÂ to feed their families.Â This method of agriculture involves clearing and burning a mountainside and then planting upland crops like rice and corn. Â Unfortunately these fields are only able to be used for one year and then the process needs to take place on another mountainside. [source: Saffron Coffee]

The harvest from this is often barely enough to sustain a mountain family and without a replacement for the funds previously generated by poppies, the mountain tribes haveÂ become extremely poor.

In looking for a way to help, we discovered that Laosâ€™s other neighbor, Vietnam, is the 2nd largest coffee producing country in the world and Laos actually has better growing conditions. Additionally, we found out that pound for pound coffee is typically more than 4 times as profitable as the other crops being produced in Laos at this time.

So we decided our business could be to help the people of Laos plant coffee, which we will then purchase from them, resulting in a much higher income for the Lao people. We will then roast, package, and sell the coffee in the U.S. to enable us to repeat this process in other villages.

Continue Reading About Us 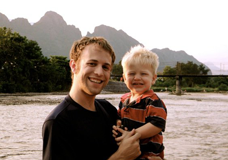 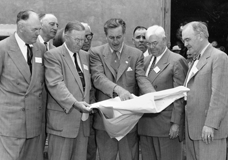